Human civilization developed on the banks of rivers, lakes and other sources of water. From there enough water was available for cooking food, bathing, animals, irrigation and waste and sewerage were also discharged into it. Several civilizations developed on the banks of rivers reached their peak and later went into oblivion. Newer civilizations took their place and with time they also perished. This has been happening for past thousands of years. River water has the inherent capacity to purify itself but now days so much waste, sewerage and dead bodies are disposed into them that their water turns unsafe for drinking. In northern India civilization developed on the banks of big rivers like Ganga and Yamuna. Indian traditions and religious rituals have a deep-rooted relation with rivers.

The Kali River East, a tributary of the Ganges flows through eight Districts of Uttar Pradesh before its confluence with Ganga River near Kannauj. The river has over 1,200 villages situated on its bank and the highly populated and predominantly rural catchment is entirely dependent on the Kali River as a water resource for domestic, agricultural and industrial use while the untreated groundwater is the primary source of drinking water. 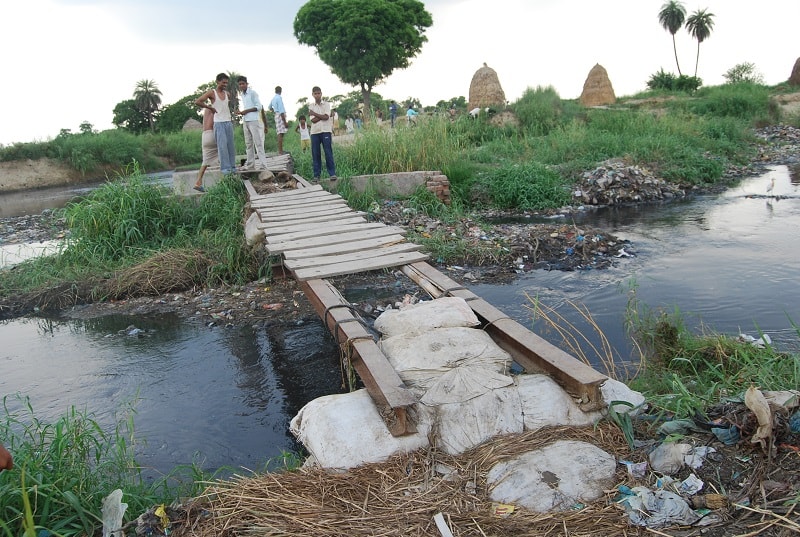 Kali River (East) originates from the Anthawada village situated in the north of Daurala block of Jansath tehsil of Muzaffarnagar district. However few people believe river originates from Chittoda village situated above in the north of Anthawada village at a distance of 1 km in the form of a lean stream but water has never flown into it. At the time of study also this stream was dry. Henceforth, the majority of local people regard Anthawada village as source and birthplace of the river. This river travels a distance of nearly three hundred km from its origin and passes through Muzaffarnagar, Meerut, Ghaziabad, Bulandsahar, Aligarh, Eta, Farukhabbad and Kannauj before resting into river Ganga near Kannuaj. On the banks of Kali river, there are nearly 1200 villages and several big cities and towns whose majority of the population uses river water mainly for agriculture and animal rearing. This river never flows straight and flows in a zigzag manner hence, also called Nagin and in the area near Kannauj, it is known as Kalindi.

Since last two decades, the river is being used as a dumping ground with substantial quantities of contaminants and untreated effluents from numerous sources disposed into it along its course. The major factors are industrial untreated effluents, domestic sewage, agricultural runoff, indiscriminate use of polythene etc.

Industrial usage is the main cause of pollution of the Kali River (East). Key industries including sugar processing unit and their associated alcohol manufacture distilleries, paper mills, dairies, tanneries are situated adjacent to the river. The sugar mills and paper mills are enlisted in the 17 most toxic waste releasing industries. These industries not only abstract large volumes of water during their manufacturing processes reducing dilution of pollutants present in the surface water bodies but also contaminate the river adversely by draining their effluent wastes into it. 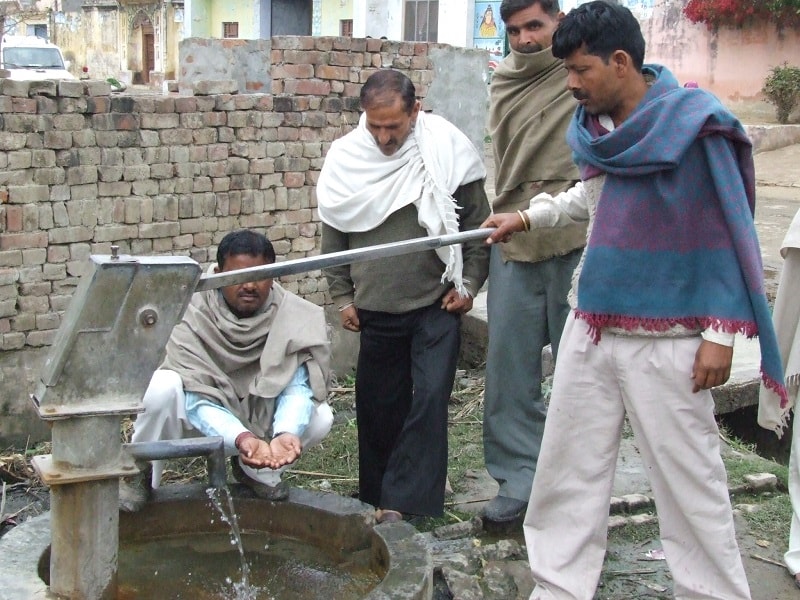 Secondly, Kali Nadi receives a large volume of untreated raw human excreta from thousands of major and minor habitations. In other words, it serves as a trunk sewer of major cities and urban towns. It also includes domestic wastes such as soda, DDT, BHC, petroleum products, etc. which indicates that it contains a wider range of heavy metal parameters.

Thirdly, Western U.P being an intensely agricultural region, a considerable volume of chemical fertilizers, pesticides, rodenticides, etc. are used. These chemicals and heavy metals flow into the river through the process of erosion and through the soil to the underlying aquifers causing contamination of this important water resource. 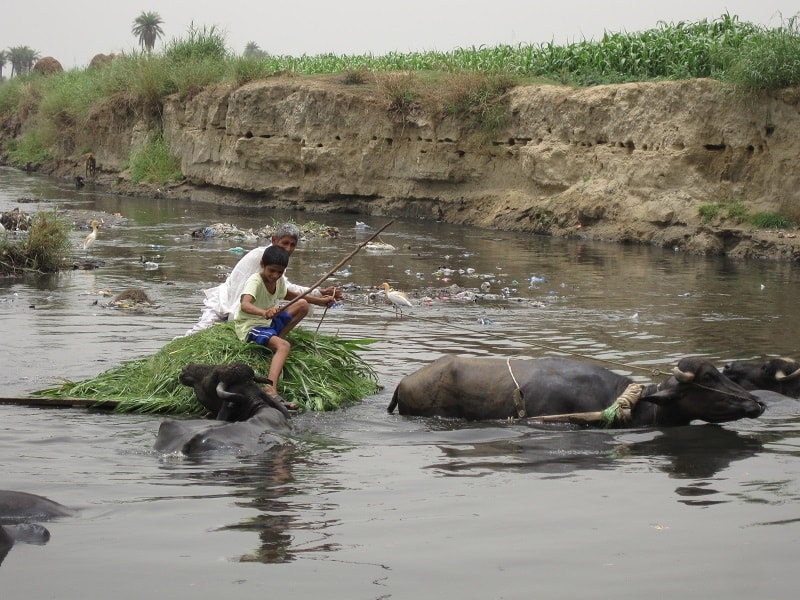 Besides sewage flow, domestic waste flow and dead animals are also dumped in the river water. The dead bodies of people suffering from certain infectious diseases are also dumped in the river which spreads pollution and may lead to epidemics. The polluted river carries waterborne viruses and bacteria and is responsible for the ill health of the people. 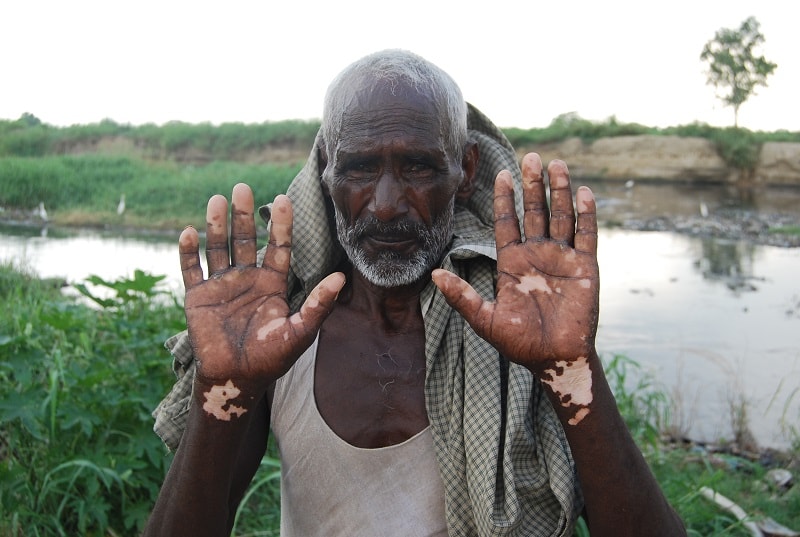 Due to this mismanagement of a vital water resource, its physio-chemical qualities have deteriorated to such an extent that it has affected the groundwater too. The foul taste and odor manifest that the water of the Kali River is non-potable. However, the marginalized community residing within the catchment area is bound to consume the highly polluted water. The residents are left with no option other than either to fend themselves or die of neglect.

To know more about studies done on the East Kali River and catchment area we recommend going through below. 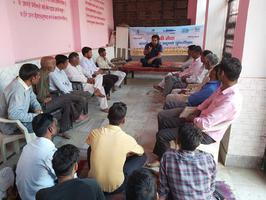 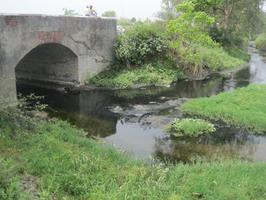 East Kali River Under a culvert 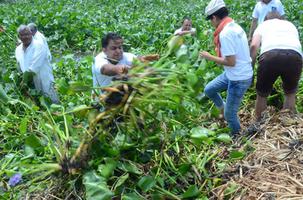 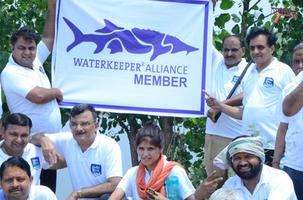 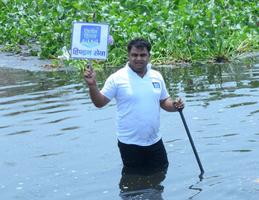 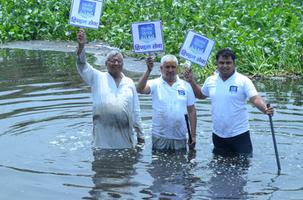 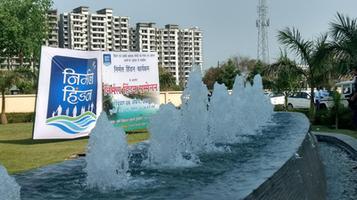 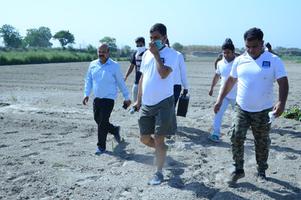 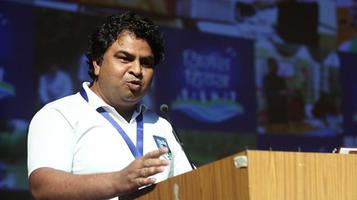 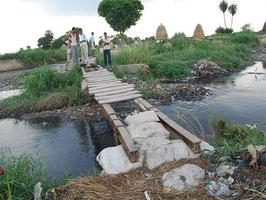 Kali River East flowing through one of the 1200 villages 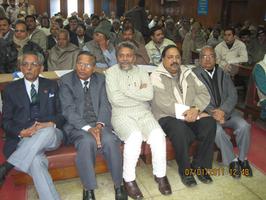 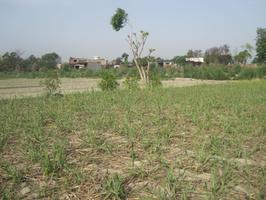 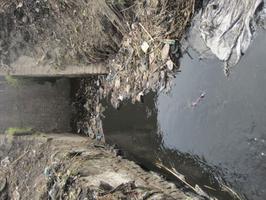 Kali River East - A sewerage drain falling into it 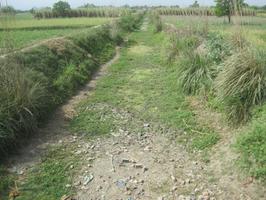 A canal used for irrigation 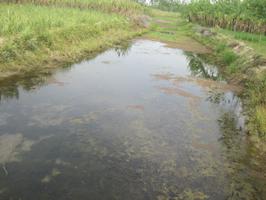 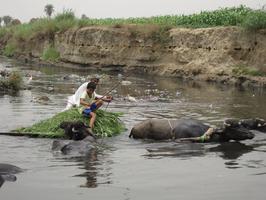 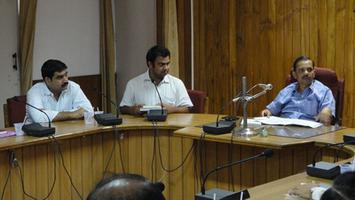 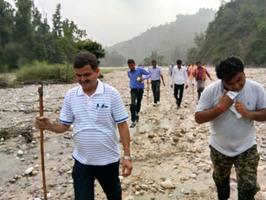 To know the latest on the East Kali River stretch, please subscribe to keep updated and join us for study tours and events.